Take a Trip Inspired By Your Favorite Painting

The ‘City of Love’ has inspired and motivated millions of art aficionados and artists to capture the gist of the city, the beautiful fields of rural France and the spirit of art. Maybe it is time to encapsulate the rhythm in your travels.

Whether you are an aspiring artist or just an aficionado of artwork, your next vacation might be more enjoyable if you let that love inspire your choice of destinations for your next travel adventure.

We have selected three excellent examples for art-inspired vacation destinations that are worthy of your consideration including:

This is exactly the spot in Arles, France where Van Gogh painted the famed Cafe Terrace at Night. This café is now known as Café Van Gogh.

The Arles Visitor Center provides walking tour maps that feature ten of Van Gogh’s most recognized paintings of actual places he enjoyed while living in southern France including:

Van Gogh supposedly moved to Arles because of the strong influence that the bright sunshine of the region had on his painting. If you love the backdrop of the Alps and the sunflowers, take a trip down Southern France.

Although his most recognizable works were his oil paintings, Edward Hopper was just as proficient as a printmaker in etching and a watercolor artist. He was a student of the NY School of Art from 1900-06 after which time, he made three trips to Paris between 1906 and 1910 to study its architecture, art traditions, and lighting, all of which influenced his future work. His most famous works include:

After his return from Paris in 1910, Hopper would never again leave New York City until the day he died in 1967. But the ‘City of Love’ has inspired and motivated millions of art aficionados and artists to capture the gist of the city, the beautiful fields of rural France and the spirit of art. Maybe it is time to encapsulate the rhythm in your travels. 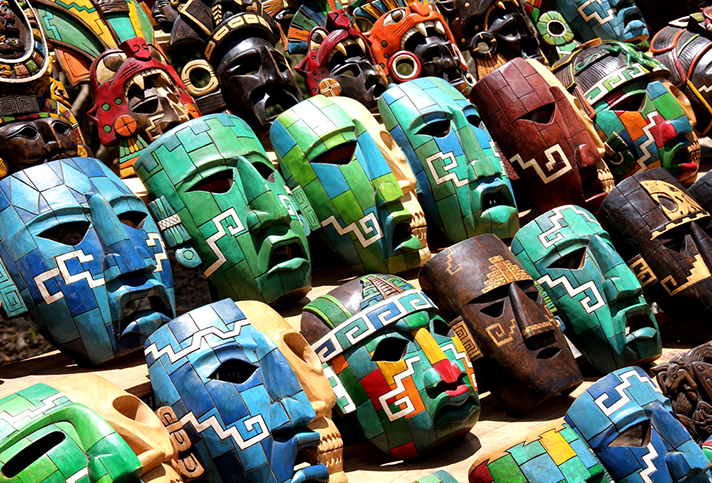 The beautiful traditional Mexican face masks, depicts the play of vivid colors. These bright bold colors formed the mainstay of the paintings by Kahlo.

As Mexico’s premier female artist, Frida Kahlo de Rivera was primarily known for her many self-portraits done with the streets of Mexico City occasionally serving as the backdrop for her paintings. Some of her more famous works include:

Frida Kahlo’s life ended abruptly when she died at the age of 47 in 1954 in Mexico City. However, her work will always be celebrated as a reflection of the indigenous tradition of Mexico while feminists revered her for her uncompromising character depiction of the female form and experience.

With some of the best paintings and art ready to inspire you to travel and visit, start planning and visit the destinations of your favorite artists.

Comments to Take a Trip Inspired By Your Favorite Painting