The Future, Flying Cars and The Transition®: An Interview with Terrafugia’s VP of Business Development Richard Gersh 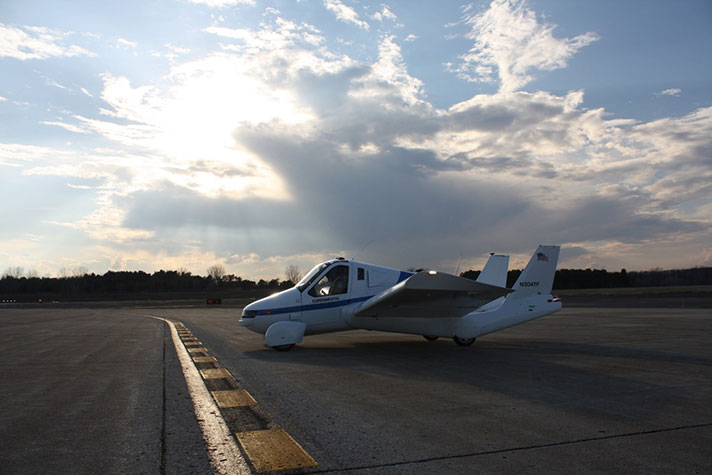 Almost since the very moment that automobiles hit the market, humans have been fascinated by the concept of being able to zoom around the sky in flying cars.

Perhaps because of this fascination, different visions of flying cars have made their way into everything from science-fiction novels to several iconic “futuristic” films.

However, at the turn of the millennium, many people (including a few journalists) were lamenting the fact that flying cars were still beyond the realm of technological possibilities of the time.

But these days? Not so far away. In fact, you would probably be surprised to find out just how close you are to living in a world with flying cars.

And transforming the fantasy of flying cars into a tangible and accessible reality for consumers is the incredible Woburn, MA-based Terrafugia.

Founded a mere eight years ago, this amazing company has managed to not only dream up the revolutionary “flying car” (which they have dubbed, the TF-X™), it has also already designed, built and flew multiple developmental versions of the Transition®, which is a one-of-a-kind street legal-vehicle that “combines driving and flying”.

And with the first customer delivery expected sometime in 2016, this innovative flight vehicle is as fantastical as it sounds.

We were lucky enough to have a chat with Terrafugia VP of Business Development, Richard Gersh.

Continue reading to hear how this phenomenal concept came to fruition, how the behind-the-scenes design process works, as well as his thoughts on the future of commercial flight vehicles and much more.

What was the inspiration behind designing and then building the Transition®? 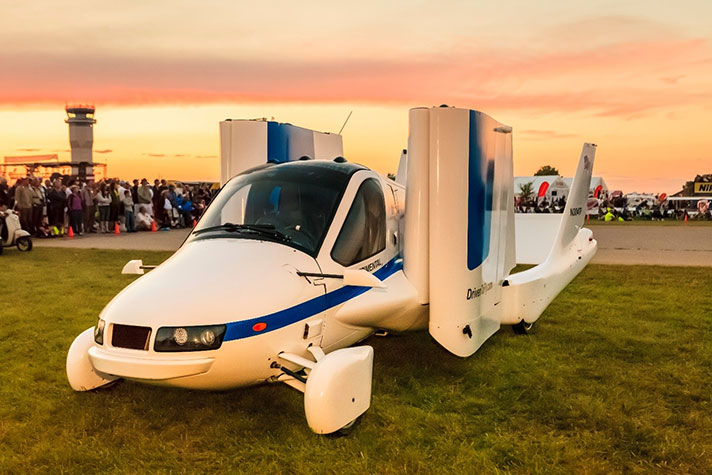 Terrafugia CEO/Chief Technical Officer and Co-Founder Carl Dietrich (who holds a PhD in Aeronautical Engineering) had been toying with the idea of building some variation of a flying car for years and years.

And in 2006, when a new category of airplane was announced, Carl, along with four other MIT graduate students—most of them with backgrounds in either aeronautics or engineering—felt that this then-new category of airplane (as well as new technologies and new materials) may be what would help bring a product like this to market in a much less expensive way than the typical part 23 certified airplane.

After putting together a business plan, they won some money at the 2006 MIT $100K Business Plan Competition (in addition to a few other business competitions) and founded the company soon after.

Tell us a bit about the design process of the Transition®.

The process was and still is quite iterative. We design it, we build it, we test it and then we change it.

Back in 2007, we put together a team of engineers—typically aerospace, mechanical, electrical and material engineers. It began by designing the the proof of concept vehicle, D1 (short for “Developmental One”), followed by lots of testing.

Next we began working on the D2 and D2 is the version of the Transition® that is currently being tested. The D3 model is being used for static testing.

Which features are the Terrafugia team most excited about in the Transition®?

It really depends on your perspective.

As a pilot, the Transition® drives like a nice little car. We like to say that it drives like a BMW MINI. It drives close to the ground.

Basically, it drives like a car, flies like a little airplane and does everything that we were intending it to do.

What do you think it is that sets you apart from any potential competitors?

Nobody else has done this.

We have at Wisconsin’s EAA Airventure Oshkosh with what became the Transition® for almost ten years.

Initially, we merely had a computer flight simulation video. Then we brought a folding wing mechanism to show people. And next we had a prototype to showcase. But the question that people kept asking us was “When can we see it actually fly?”

So, in 2013, we flew the model in from the airport to the festival and were able to demonstrate how the Transition® worked and a few features (such as how the wings fold and unfold). We also flew it around for around 20 minutes, which really proved our concept.

How much would buying a Transition® cost consumers?

Currently, you can reserve a place in production for a refundable deposit of $10,000. The anticipated base purchase price is $279,000, which, when compared to virtually any other airplane, is very competitive pricing.

How do you think the Transition® will change the transportation industry, especially domestically?

The Transition® is a two-seater aircraft, which means that it is a very small airplane. It can actually fit in your garage.

Plus, since it is street-legal, you have the option to either fly the Transition® or to drive it (depending on certain factors, such as weather conditions, your proximity to local private airports, etc.). The Transition® is also super easy and simple to drive, both in the air and on the road.

And in certain scenarios, flying the Transition® may save you time from dealing with all of the hassles and waiting that come along with booking, boarding and flying on commercial airline flights. 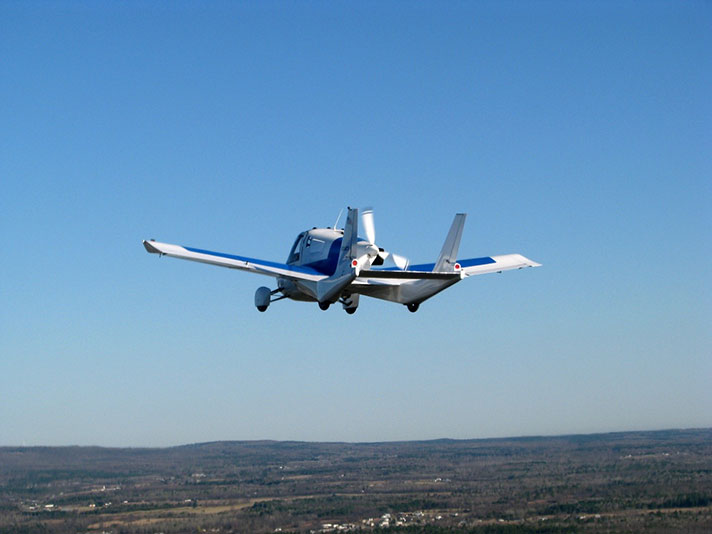 Intrigued? Then dive in and explore Terrafugia’s site in order to learn more about this fascinating company, the Transition® or the future “flying car”, the TF-X™. Basically, check out their site if you are looking to bone up on your futuristic aircraft knowledge.

Have any comments or thoughts about any of the above that you’d like to share? Then sound off below!

Comments to The Future, Flying Cars and The Transition®: An Interview with Terrafugia’s VP of Business Development Richard Gersh