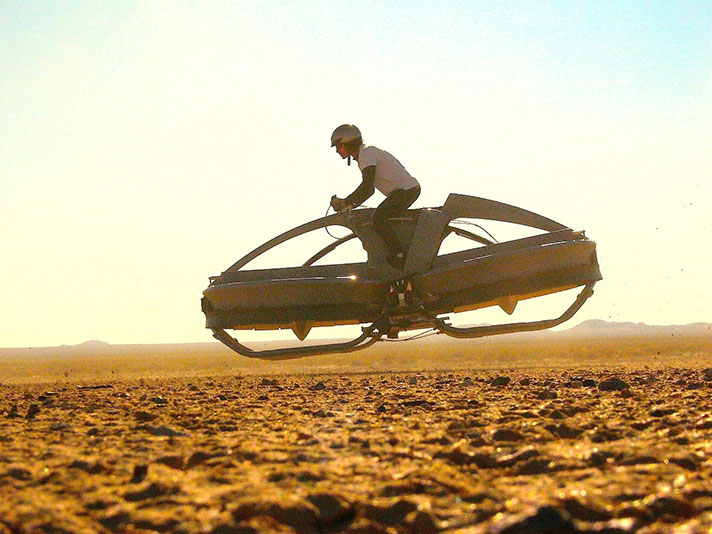 Recently, we here at Destenaire have become a little obsessed with the concept of flying vehicles and flight technology in general (see: The Future, Flying Cars and The Transition®: An Interview with Terrafugia’s VP of Business Development Richard Gersh if you need hard proof) and we were equally entranced by the idea of a real-life hovercraft vehicle.

Like flying cars, the idea of hovercrafts was around for decades and decades before the necessary technology was even in the rudimentary stages of development. And if you have somehow missed the multiple pop culture references, hovercrafts were supposed to be the 21st century’s new oh-so-cool method of transportation.

Enter Aerofex. Led by Mark De Roche, Aerofex has been working on developing various flight vehicles for years now. Currently, they are working on bringing the Aero-X, which is essentially a super phenomenal hoverbike, to market.

It is also worth noting that, since one of Aerofex’s primary aims is to “democratize flight”, their vehicles will not just be found in the garages and backyards of the fabulously wealthy or in the hands of those who can afford to take extensive flight courses.

And with a motto like “Why will you fly?” it is no surprise that this trailblazing company put their money where their mouth is and designed, crafted and built something as amazing as the Aero-X.

While this flagship vehicle may not look like exactly like the hovercrafts that were shown flying around in sci-fi films years ago, this vehicle is truly extraordinary, so we are betting you will let that small detail slide (plus, if you are dead set on recreating your childhood hovercraft daydreams as close to how you pictured them as possible, you can also pilot the Aero-X while standing up).

Not only can the Aero-X fly up to ten feet up in the air, this two-person aerial all-terrain vehicle can also serve as a cheaper and easier-to-maneuver alternative to buying a helicopter or personal airplane. And since it is much smaller than either of those vehicles, you can fly it without having to worry about airports or hangars. At all.

Plus, unlike flying helicopters or planes where you have to take a course and log hour after hour to earn a piloting license, the flight training for the Aero-X can be done in one weekend, because if there is one thing this company excels at, it is making things as simple as possible for future flyers.

Despite the fact that most readers would most likely opt to zoom around on private property or in off-roading areas just for fun, (or perhaps to travel from point A to point B), the Aero-X can also be used for agricultural purpose (i.e. manned crop dusting or herd management), exploring and surveying land and inspecting pipelines, as well as assisting in search and rescue missions.

Intrigued by the notion of zipping around on a levitating hoverbike of your very own? Then you are in luck, because consumers are able to secure a place in production with a refundable deposit of $5,000. The first expected delivery is scheduled for late 2017.

And while that in itself is pretty amazing, we wanted to learn more about the behind-the-scenes design process of this futuristic-fantasy-come-to-life, which is why we were thrilled to be able to talk with Aerofex’s own Chief Technology Officer Mark De Roche.

Read on to hear his take on the prototype-building process, what exactly it is that makes the Aero-X so unique, why competition in the flight technology vehicle field is not necessarily a bad thing and much more.

Tell us a bit about how the concept behind the Aero-X came to be.

When I was studying aerospace engineering at UCLA I had the privilege of receiving flight training in helicopters and airplanes. From that experience it occurred to me how hard they were to fly. I had always wondered if piloting could be made easy – and that’s what started us on the quest.

How long did designing and building the initial prototype take? What exactly did this process entail? 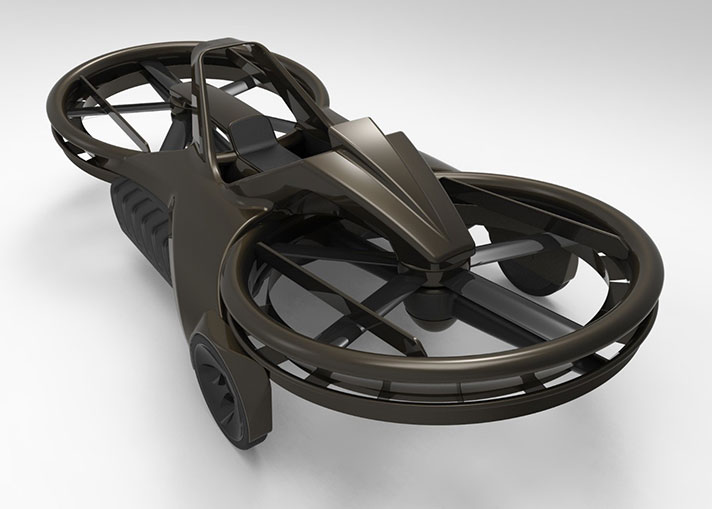 The vehicle you see flying now is our third prototype. Its first flight was in 2007. The process involved computer simulation, design, fabricate, and test – and then repeat. We built upon what we learned along the way. 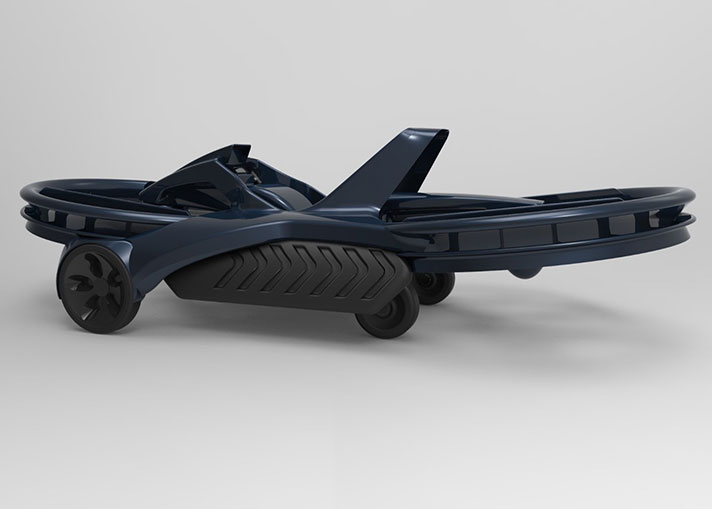 Which features of the Aero-X do you think will appeal to the average person most?

Flying like a bike. The entire craft and the pilot interface in particular is reduced down to only the basics required for low-altitude flight. I think that simplicity will elevate the experience of being airborne.

What has been the biggest obstacle been so far?

Technically, stability and control were the overriding issues. Culturally, pulling people forward and convincing them that there need not be a mystique around flight – that, in fact, it can be made approachable, has been difficult. It forces us to unlearn what we know about the technology.

People are able to reserve their very own Aero-X today, but when will it become commercially available?

There are a surprising amount of “flying vehicles” in the works these days. What makes the Aero-X stand out? 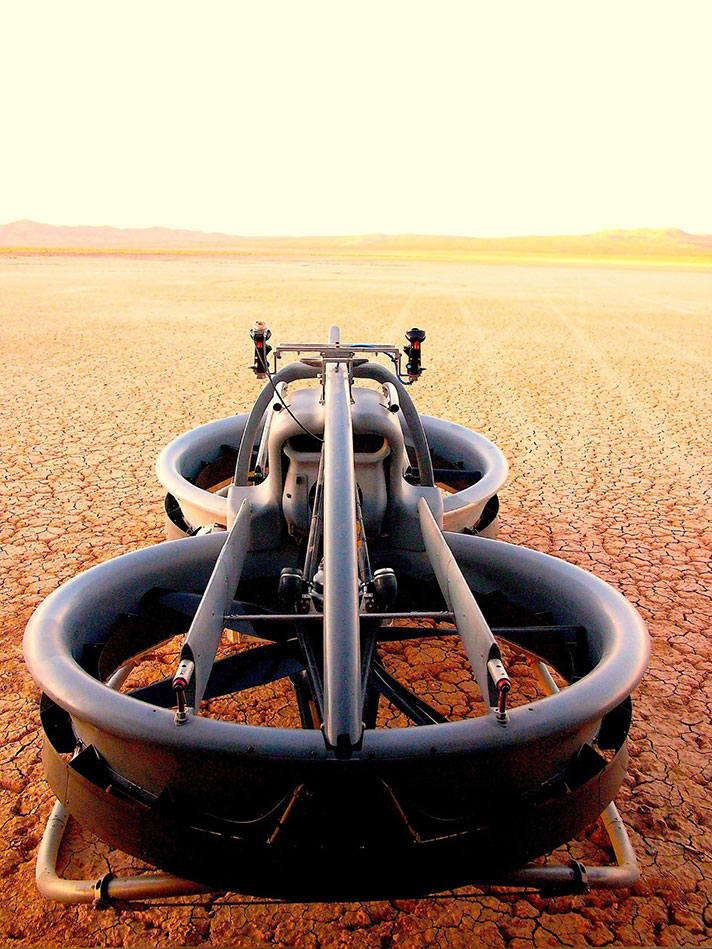 I would look at their success as great news – we do not fear sharing a market more than having to create a market ourselves. In actuality, we do not pay much attention to where others are going, as we have a very strong conviction about the path we are on and where we hope it leads us. Our goal has always been to extend the utility of flight to areas poorly served by it, and we believe we have developed the technology to make that vision a reality.

Looking to learn more about the Aerofex team or the Aero-X? Then be sure to take a peek around their site.

Fascinating stuff, right? As always, if you have any thoughts, you are more than welcome to share them below!