With its beaches, colonial architecture, distinct cultural history, and favorable climate most of the year, it’s easy to see why Cuba attracts the number of visitors that it does every year.

The island of Cuba is situated 90 miles (145 km) off the tip of Florida and is the largest island of the Caribbean. Although the political relationship between Cuba and the US has not always been the best, many individuals still consider the island a tourist destination. After all, Cuba does see roughly 3 million tourists annually which explains why tourism contributes a great deal to the economy of the island.

With its beaches, colonial architecture, distinct cultural history, and favorable climate most of the year, it’s easy to see why Cuba attracts the number of visitors that it does every year. Many travel aficionados have described Cuba as the prince wearing a poor man’s jacket. But just be aware of this – as you enter Havana’s arrival halls at the airport, be prepared for how your senses will be bombarded. Suffice it to say, you’ll be amazed, confounded, perplexed, and somewhat shocked by this environment. Here is some valuable travel advice that can help you prepare in advance:

Old colonial city of Trinidad. Old world charm, slatted roofs and spectacular scenery. The colonial church is a notch above the rest of the settlement, a testament of old times.

Cuba is a nation that has oftentimes struggled to determine where it belongs. When it was a Spanish colony, it was diversely comprised of African, American, French, Jamaican, and Taíno cultural influences. It is culturally rich, yet economically poor. It is architecturally magnificent yet visibly mildewed in appearance. It is strangely uplifting yet infuriating at the same time. The fact that Cuba has survived its past is in itself a miracle, but still the country continues to attract tourists on a global scale. 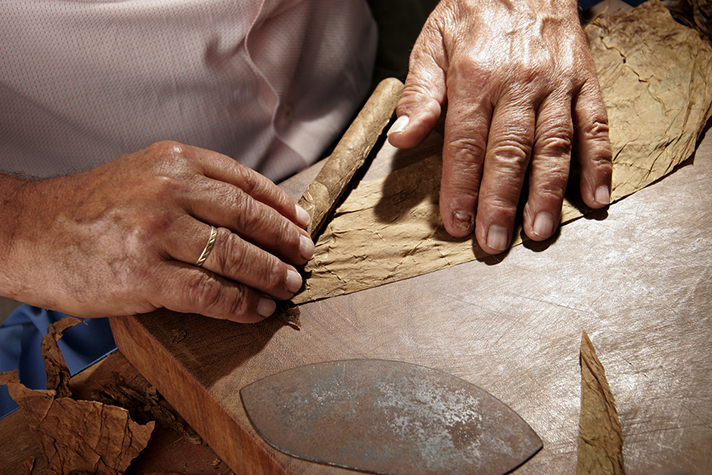 Cigars, the mainstay of Cuba, are hand rolled. Crafted from dried and processed tobacco leaves, the worn out, expert hands are working on another cigar. Filled with snuff and high grade tobacco, the dried leaves are layered and rolled tightly.

Cuban life is a unique mixture of cynicism and wisdom, dreams and poetry, and improvisation and survival. The Cuban people have, been responsible for keeping this nation alive through all its past troubles. The country is characterized by atmospheric yet busy streets and views of Cuban citizens living out their lives. While the air is filled with a mixture of aromas including musty carpets and petroleum as well as papaya fruit mixed with tobacco. The beautiful beaches, old architecture, busy street markets and slow-paced life attracts tourists from all over the world.

However, no matter how often you visit this island country, it will never answer the many questions that a person has about it. What’s amazing is how the country can frustrate you for a moment and then inspire you unexpectedly the next.